There are two type of people in this world;

Those who tell everyone when they have been through a horrific ordeal as they need the world to know. They also need support and don’t want it to happen to anyone else

I was the latter!

No one knew I had cancer because I had decided to hide it. I wore a wig prior to beginning my treatment so that when I lost my hair, no one would see.

I kept smiling even when I felt like hell.

Truth be told, it took me a good few years to realise that the mindset I had created through that time, could actually serve someone else who is going through it.

It was the only way for me to regain control of my mind and thus my cancer. Even using those exact words’ My Cancer’ allowed me to have the right to keep it or let go (like a boyfriend, lol).

Today, I am neither ashamed nor dirty, in fact, the people I mention it to, feel ashamed that they weren’t there for me. I mean, how could they, I didn’t  even let them know.

I talk about it today in a nonchalant manner like I talk about my plans for the weekend. I then explain that I am in remission before people start to worry.

When they realise that it’s not half as shocking as others make it out to be, they open up and start either talking about a health scare they’ve had, or a family member who had cancer.

I help them to see the other side of cancer which involves working on their mindset and letting go of fear and embracing love.

How Fear Can Give You Cancer
Mammography 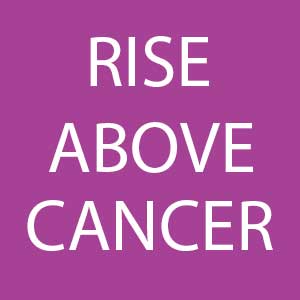